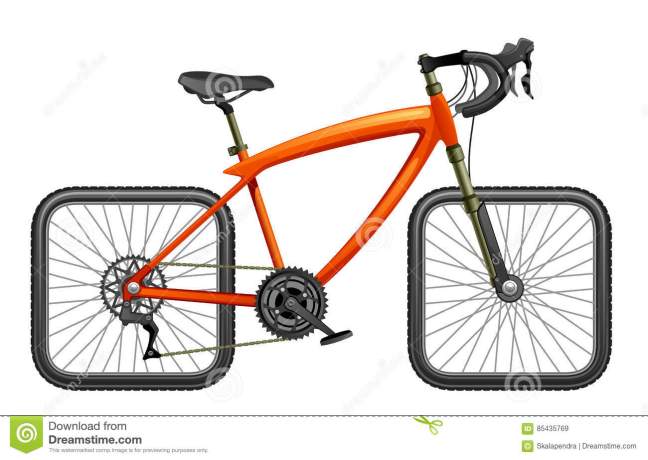 “Those who fail to learn from history are doomed to repeat it.”

This is a quote from Sir Winston Churchill who was paraphrasing a statement by the Italian philosopher and novelist George Santayana. Churchill went on to say-

“We must always look forward, but we have to understand our history in order to not repeat the mistakes of the past. I have seen too many instances where people continue to pursue wrong courses of action because they do not take the time to think critically about what has happened in the past”

I mention this because I think it plays into a significant problem we have in the western church (Australian church anyway) in regard to mission, which is what I call the ‘Square Wheel Delusion’.

I have blogged on this site before about ‘Square Wheels’. However, distressingly, the issue doesn’t seem to be going away even as our missional effectiveness plummets further, so I think it needs to be highlighted again.

This concept of the ‘Square Wheel’’ came to me when watching a very old comedy movie in which I saw a caveman who had come up with a new invention, namely the bicycle. However, his design had square wheels, and of course he discovered it didn’t work! Surprise, surprise!

“Those who fail to learn from history are doomed to repeat it.”

Of course, it’s ok to invent something and then find it doesn’t work, we all do that, but we do need to take the opportunity to learn from the design that didn’t work before and try something potentially more beneficial. However, to keep on reinventing the ‘Square Wheel’, would seem to have at least a whiff of Einstein’s definition of insanity about it, which is “to repeat the same thing over and over again and expect different results”! Yet it seems that we in the church are quite good at just that and in fact seem to have a love affair with missional ‘Square Wheels’! There are far too many examples to list here but here are a few all of which are very recent examples, some of which I know because I have been guilty of them!

1. A New Family Friendly Service. Held in the existing church building on a Sunday, and designed to attract families the church had contact with at other times, e.g. at Playgroup. Despite allegedly being ‘contemporary’ and ‘family friendly’ it still was effectively a repeat of the ‘SIC’ church model (Sunday-Centric, In- Drag, Christendom-Form, See Unbounded Church Active tab), which has now been failing to produce much fruit for decades.

2. The ‘Classic’ Church Plant. At a conference a minister talked about the mistakes that he had made in a ‘Classic’ church planting initiative which ultimately failed. As he talked I remember thinking he could have been warned against repeating those same mistakes by reading any number of books on church planting written during the previous ten years or so! Yet he and others had persisted in reinventing the “Square wheel”. Classic church plants are usually very high resource but in our current culture generally produce low levels of fruit in the long term.

3. The Outreach Playgroup. The usual idea of these is to run a good playgroup that will attract non-Christian families into the church building. Relationships can be built and then those families can be invited into normal services and/or basic Christianity courses. However, while this may have been fruitful some significant time ago it is a high resource activity that is rarely very effective now. There are just too many obstacles for the non-Christian to negotiate.
(see https://unboundedchurch.com/2017/03/09/the-shopping-centre-or-the-town-centre-shops/)

4. The Kids Holiday Club. A strategy of churches wishing to reach the non-church kids in the community, I ran them for years. It is certainly true that a good program will often bring many non- church kids along, however the question needs to be asked – how many of them and their families end up joining the church at any time after this high resource activity? The answer in recent times is nearly always – few to none. Mostly non-church families use a Holiday Club as ‘Out of school care’.

5. Breakfasts, Dinners, Gingerbread House Afternoons. For decades churches have run men’s and women’s dinners and breakfasts, or meetings with speakers on topics of interest. Usually the purpose is for church members to bring along their non-church family members, friends or work colleagues etc. and in the course of the event there will be some sort of Gospel presentation. It is hoped that some of the non-Christians present will respond to the message and they will be encouraged to become part of a Christian fellowship. This strategy did bear some fruit in the later decades of the last century, in a more Christianized society. Since then however, it has declined to a very low fruit, and sometimes quite resource heavy, activity.

6. The Outreach Carol Service. The argument is that as many non-Christians still like singing Christmas carols they will come along (they do) and that gives the opportunity for a short gospel talk to be given. Once such events would have some ongoing fruit with people being engaged by the message and turning up in church. However, this is now a very rare result from what can be a very high resource exercise, and as a missional strategy this is now nearly always a ‘Square Wheel’. Observation of people at such an event usually shows that the talk is something to be endured and they don’t even listen to it.

7. The Festival of ‘Square Wheels’. Every now and again for the praiseworthy goal to get some significant improvement in our missional effectiveness what is usually known as a ‘Mission’ is organized for a wide ecclesiastical region, Presbytery, Circuit, or Diocese. This involves encouraging large numbers of individual churches to be involved in a special missional effort over a certain period of time which may vary from a week to several years, or even a decade.

30 to 40 years ago in a much more Christianized society such campaigns often bore much fruit. However, although having laudable motives, when the project is analysed it can actually be seen to be what might be called a ‘Festival of ‘Square Wheel’s’. That is it is generally a collection of a large number of ‘Square Wheel’ events which are carried out in parallel. Such ‘Missions’ require a very large expenditure of resources yet still produce  a very low return in terms missional fruit, and  generally show that even a collection of ‘Synchronized Square Wheels’ doesn’t suddenly become a good idea because a lot are ‘reinvented’ at the same time!

To those who respond to the above list by arguing that they can point out examples that are producing significant fruit, I will respond- so can I! However, such examples are exceptions and not very common, so we cannot rely on them to significantly improve the overall decline in missional fruitfulness. Further, close inspection of such exceptions often reveals special circumstances that facilitate the success, circumstances that are not usually present in most contexts.

It is a delusion to think that ‘Square Wheel’ missional strategies can suddenly become a good idea. Rather it is essential that we take note of George Santayana’s statement that-

“Those who fail to learn from history are doomed to repeat it”, for they “continue to pursue wrong courses of action because they do not take the time to think critically about what has happened in the past”

A major cause of the low missional fruitfulness of the above list of ‘Square Wheels’ is (with the exception of the Playgroup) they are ‘Events’ with no, or little, continuity. Yet ‘Event’ based missional strategies have  been producing very poor outcomes for a long time.

The key point is that we seriously and critically analyze our missional strategies such that we do not waste scarce resources on mostly unfruitful ‘Square Wheels’.

One thought on “The Square Wheel Delusion”