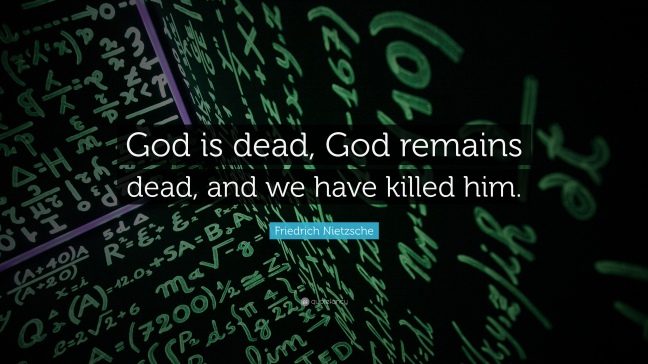 “Turning and turning in the widening gyre.
The falcon cannot hear the falconer;
Things fall apart; the centre cannot hold;
Mere anarchy is loosed upon the world”
W. Yeats

In the University City of Oxford, England on October 16, 1555 the Anglican Bishops Nicholas Ridley and Hugh Latimer were burned at the stake. Their crime? Prosecuting the European reformation by preaching orthodox Christianity. The orthodoxy they died for, shaped by the Bible, was the womb that gave birth to and nurtured the European culture including that of Britain and its offspring such as Australia.

On that fateful day, as the flames quickly rose, Latimer encouraged his colleague Ridley,

“Be of good comfort, Mr. Ridley, and play the man! We shall this day light such a candle by God’s grace, in England, as I trust never shall be put out.”

460 or so years later, on Wednesday the 15th November, 2017, across the Australian landscape an earthquake took place, so massive that the Richter Scale could not comprehend it. It was felt by many, but tragically not by most. I do not refer to a sudden, violent movement of the earth along geological fault lines but a spiritual earthquake of inconceivable proportions. This tectonic shift is a fracturing of the gospel shaped Christianized culture and its BIOS, the moral ‘Built in Operating System’, Latimer’s gospel light, that held and defined the Western ‘Centre’ for centuries.

The cause of this spiritual cataclysm was not the specific issue of the legalisation of same sex marriage that Australians voted on, it could have been any of God’s guidelines for the best ordering of human society. No, the problematic issue is that there was a vote, a plebiscite, that was a national vote, i.e. it was a decision of the Australian population as a whole that was a conscious, deliberate, intentional, collective nationwide decision. The key point is that this decision was not made by the parliament but by the population as a whole, which for the first time as a nation decided to legislate for what God has proscribed.

While Australian parliaments for a long time have been dismantling the Christian BIOS of society, this is different. It amounts to a line crossed, because it is an intentional decision by the nation as a whole to reject the biblical faith; the Christian faith that mediated the nature of the God that shaped Western culture for centuries, provided the Australian moral value system, which insisted on respect for the dignity and value of every individual, because each is made in the image of God, including those who are same sex attracted. It is the faith that has been the basis of our world view, our laws and freedoms, as well as much of our national English language.

What is now rejected is actually the very nature of God Himself as revealed in Jesus. It is the Spirit of this Nature that drove the building of hospitals, the creation of agencies such as the Red Cross, St Johns Ambulance, the Barnardo’s children’s homes, the YMCA and YWCA, Mission Australia, St Vincent de Paul, Anglicare, the Salvation Army, the building of schools, the provision of health services and a lot more. It is the nature of the God from whom emanates sacrificial love, supremely demonstrated by Jesus on the Cross.

What has been, and is being rejected, is the biblical world view that God is reliable, non-capricious and predictable, the God who designed the universe and its laws which is the reason that modern science developed in Europe.This faith is the one which shaped the Australia beloved of the many who in a corporate act of cultural insanity voted to spurn it. So now in the words of Samuel Coleridge Taylor-

“At one stride comes the dark”

“Flickers lower, the foundations crumble,
and the centre will not hold”

It is around 130 years since the philosopher Friedrich Nietzsche made his famous statement that ‘God is Dead’. Neitzsche, an atheist himself, did not mean that there was a God who had died, rather that the culture-shaping belief in God had died. His assessment of European culture was that Philosophy and Science had replaced the need for God as the source of morality and the structure in the world.

However, Nietzsche also realized that the consequence of ‘God’s death’ was the loss of the Biblical world view that had been the cultural ‘Built in Operating System’ of Western Europe, and this would not be a good thing. He expressed this concern when he said-

“When one gives up the Christian faith, one pulls the right to Christian morality out from under one’s feet.This morality is by no means self-evident… Christianity is a system, a whole view of things thought out together. By breaking one main concept out of it, the faith in God,
one breaks the whole.”

The November the 15th rejection of the belief that the Bible expresses God’s will for the governance of human society and human relationships within that society is such a “main concept”, the ignoring of which “breaks the whole”. The decision of the nation therefore is to pull the right to all aspects of Christian morality from under the nation’s feet, and so precipitating a socio-spiritual cultural explosion of Hiroshimic magnitude.

“A wormhole has been torn in the fabric of 21st century western culture, through which western society is being sucked into a ‘back to the future’ pre-Constantinian universe. This was, and once again is, a society where to be Christian is to be the enemy’

Now a wormhole has been torn in the fabric of 21st century western culture, through which western society is being sucked into a ‘back to the future’ pre-Constantinian universe of the Roman Empire in the first three centuries AD. This was, and once again is becoming, a society where to be Christian is to be the enemy, to be mocked, persecuted, harassed and demonized by the twitterized ‘thought police’, hauled before the star chambers of ‘political correctness’ and for some jailed, used for entertainment and potentially killed. As the former UK Liberal Democrat leader Tim Farron, who resigned in July this year after a row over whether gay sex was sinful has said,

“Christians are deemed dangerous and offensive by the public’

The pre-Constantinian great crime was to refuse to ‘worship’ Caesar as the deified embodiment of the state. However, the God-given blue-print for the structure of human society, human relationships, families and the raising of children does not belong to the parliamentary Caesar, now or then, nor to the majority will of a populace of fading biblical and cultural literacy.

The national decision to reject the shaping essence of the post-Constantinian centuries means a return to a society where Christians lost their jobs for their faith, were mocked and humiliated and were the subject of varying degrees of persecution, sometimes including crucifixion.

It is not the specific matter of the legalisation of Same Sex Marriage that is the issue, rather it is that the decision is a national rejection of God’s good plan for human society, “The system, a whole view of things thought out together”, the system for which thousands of men and women gave their lives that we might have the society we now have. The result being that the light flickers lower and the foundations are crumbling.

For those who don’t believe in God (and as a former 30 year long virulent atheist I can argue that case as well as any!) it may be worthwhile listening to that other atheist who well understood and foresaw the society-wide negative consequences of ignoring the Biblical shaping system for human society.

For in fact, the tectonic spiritual explosion that occurred on the 15th November, the national rejection of God’s good plan for human society, is the sound of Nietzsche’s chickens coming home to roost. Indeed-

“Turning and turning in the widening gyre.
The falcon cannot hear the falconer;
Things fall apart; the Centre cannot hold;
Mere anarchy is loosed upon the world”