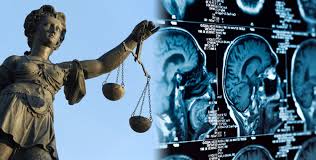 John Stott the famous evangelical preacher used to say that when preparing sermons it is necessary to hold the bible in the one hand and the newspaper in the other. His point was that the Christian message is not to be taught or proclaimed in a cultural vacuum. Rather the receiving culture, while not changing the ‘content’ of the message, must affect the ‘way’ in which that message is presented and taught. I think this issue has much to say to us in the context of the contemporary church’s chronic missional failure.

It is important that contemporary mission leaders score well in ‘Cultural Intelligence’. Most are familiar with the term IQ (Intelligence Quotient) as a number representing a person’s reasoning ability. A similar term is that of ‘Emotional Quotient (EQ) which is a number measuring the level of Emotional Intelligence (EI) a person possesses. EI is a measure of ability to recognise body-language cues and other signs given out as indicators of a person’s feelings and emotional state, and to have empathy with that state. A high EQ is obviously vital in pastoral ministry.

For the purpose of mission, I want to argue that those involved need to have a high CI score, that is in the measure of their ‘Cultural Intelligence’.

CI is a metric of a person’s ability to understand that Australian society is now a kaleidoscope of multiple cultural universes, all of which are alien to the ‘Church’ universe, and a measure of their ability to discern the key points of entry into, and penetration of, any target cultural group or tribe. A high CI is essential in order to engineer missional communities that are capable of penetrating and embedding themselves in such target cultural universes. This is an essential trait required of those who must be able to create and lead the type of missionally fruitful ventures now so desperately needed if the tide of our missional malaise is to be turned.

While the vast majority of church leaders are godly, faithful and hardworking, personal encounters with significant numbers of them, as well as much anecdotal evidence, sadly indicates that the CI of most is very low. This bodes ill for the future of local mission.

There seems to be a widespread inability (perhaps in some cases wilful refusal) to understand the multiple cultural universes that now constitute Australian society. Consequently, there is a leadership failure to discern the entry/penetration points of the shimmering cultural kaleidoscope of communities now comprising 21st century society, with a resultant lack of effective creative culture-penetrating missional strategies. Rather what we generally see is the continuation of anachronistic, resource-heavy missional strategies that have failed for decades, are failing and will continue to do so. Tragically my widespread conversations with church/ mission leaders over the last year or so give little hope for positive, creative change any time soon.

Rather, there appears to be a dogged, even stubborn, continuation of the failing ‘SIC’ (Sunday-Centric, In-Drag, Christendom-Form) church model with an accompanying plethora of ‘Square Wheel’ mission strategies of 1990’s vintage or older! (The meaning of these terms is explained elsewhere on this site).

For increased fruitful mission there needs to be a much higher CI score in church leaders. The degree to which CI can actually be taught I am not at all sure. However, we certainly need to reduce the prevalent ‘Cultural Intelligence’ deficit and produce more leaders who ‘understand the times’ and can fashion missional strategies appropriate for these times-not the 1980s and 90s.