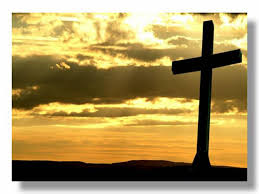 Writing in the late 1990s in his book “From Dawn to Decadence”, a survey of the last 500 years of Western cultural life, a society which he saw as sliding towards decadence, Jacques Barzun wrote –

“It takes only a look at the numbers to see that the 20th century is coming to an end. A wider and deeper scrutiny is needed to see that in the West the culture of the last 500 years is ending at the same time”.

It would however seem, even after another 20 years, that there are still few who are able to engage in that “wider and deeper scrutiny” particularly those at all levels of church leadership. There seems to be a spiritual myopia, a ‘rabbit in the headlights’ paralysis, that fails to grasp the significance, even the reality, of the ‘Descent into decadence’ of the Western world that was founded on, and shaped by, the post-Reformation Christendom church. This ‘myopia’ extends to the glaringly obvious inappropriateness of the standard forms of church and mission for our times despite all statistics screaming out that fact.

As I write this it is a few days before Easter, a time for Christians to reflect on with thankful hearts for the enormous price Jesus paid in his blood for us. A time to reflect on the extreme pain-physical yes, but much more the incomprehensible spiritual pain of the wrenching from his Father, as he cried out “My God, my God why have you forsaken me?”. More than that still, it is also a time to reflect on the spiritual reality that we have been bought at a great price (1 Corinthians 6:20).

This purchase in blood has serious implications. It means that those who have salvation, those who have been resurrected with Jesus, now belong to him, all that we have is to be at his disposal 24/7. Not for a few ‘church’ hours each week. Further, the joy of salvation, the rejoicing of Easter, brings with it the demands of discipleship. These include denial of self, of our personal desires in the use of our time and resources, and a preparedness to be ‘hated’ by the ‘world’, the ‘world’ being our society increasingly hostile to Christians.

As we celebrate receiving the benefits of the exquisite agony of the Cross we should remember that the reception of that gift requires signing up as a ‘Soldier of Christ’, and soldiers must fight! And if ever there was a time to fight it is in this time of “Descent into Decadence”. The comfortable life of a peacetime soldier will not suffice, it is time for “Soldiers of Christ to arise and put your armour on!”, for the Barbarians are at the gates, in fact they are already inside. So, this is not time to outsource the mission of the Gospel to the few enthusiasts in the congregation on the basis of ‘that’s their thing’. No! Mission is Christ’s command to everyone who claims to bear His name.

No doubt this Easter the media will again report that ‘churches were packed’. A largely true observation no doubt, although less so than in the past, but once again there will be many who self-comfort by full Easter services, wilfully blind to the reality that many congregants will leave those services to be seen but occasionally in the next year or not at all until next Easter.

We should not allow full Easter congregations to delude us, for there is no correlation between them and the health of the church. Rather they are more like a mirage that fades with the twilight of Easter Day.

The reality is that this a time of ‘Crisis’ that cries out for visionary leadership, but what is generally seen, to quote a high placed church official recently, is leadership that is generally more occupied with “managing decline’. It a time of ‘Crisis’ where there is largely a dearth of creative thinking, a paralysis in the oncoming headlights of the storming tide of godless paganism. Could it perhaps be that the songs of our full Easter services are actually accompanied by the sound of Angels weeping at the lack of reasons to rejoice (Luke 15:10), weeping for the millions of lost Australians, stumbling on the “broad and easy” road to hell with the stench of it in their nostrils.

Easter is truly a time for celebration but let us not allow the full congregations (for a day) delude us to the well-documented reality of an missionally impotent church, lacking in vision, and stumbling to a peripheral irrelevancy on society’s edge. This to a large extent due to missionally apathetic church members “having the form of religion but denying its power” (2 Timothy 3:5), seemingly immune to Jesus pain at the state of the lost, and to paralysed leaderships.

In the King James Version of the bible in Proverbs 29:18 we read ‘Where there is no vision, the people perish’. This is a poor translation much more accurately rendered in modern versions, however, as a statement of truth it is highly applicable to today’s church. This is because there is no real vison, and the fact is that the people (church) are perishing. Sadly and seriously, rather than desperately need vision, from leaderships at all levels what we largely hear is the ‘Sound of Silence’ or perhaps the faint strains of Nero’s violin, while the ‘Rome’ of western civilization burns.

When we rejoice this Eastertime with truly thankful hearts, and we see full congregations, it is worth being reminded of the words of God through the Old Testament prophet Amos (5:21-24) to a very ‘religious’ but disobedient people of God –

These chilling words are a stark reminder that God is not always that impressed by our ‘church’ services. Rather, he is more interested in how his people serve him with the lives he has bought by Jesus blood.

The only antidote to the “Descent into decadence” is a church reinvented as a truly missional church that will re-evangelize the nation, for the reality is that the missional ‘Emperor’ has no clothes on. This is a fact not invalidated by drawing faux-comfort from full Easter services, while at the same time there is a, by membership and leadership alike, an entrenched stubborn refusal to listen to the ‘Little boy in the crowd’.

At this Easter we praise God with the ancient Easter cry “Christ is Risen! He is Risen Indeed” but we must also remember it was for the salvation of the lost.