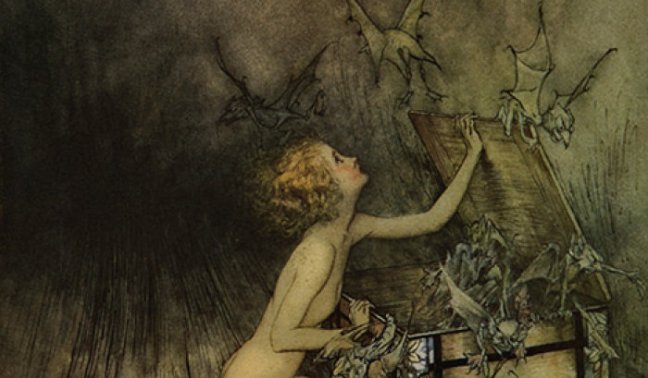 In the well know Greek mythological story, a young woman named Pandora is given a box by the ‘gods’ which she opens and in doing so releases all the evils into the world. However, one thing remains in the box, and that is ‘Hope’. There are various interpretations of this story, but one thing that is certain is that in the mix of all the evils tragically plaguing our world there is such an entity (person) as ‘Hope’.

However, in the plethora of the evils in our world today it seems that ‘Hope’ is struggling to survive. According to the ‘Hope Index Poll’ conducted by the GlobeScan Foundation a majority of citizens across a wide range of countries believe “the social, environmental and economic challenges the world faces today are more difficult than the ones we have faced in human history.”

Importantly, the ‘Hope’ survey also showed that there is a strong correlation between material wealth (the accumulation of ‘Stuff’) and ‘Hopelessness’. The wealthy countries of the West, plagued as they are with Affluenza, scored less than 20 out of a hundred on the ‘Hope Index’, while countries such as Indonesia, India and Panama were at the top scoring over 50. Clearly Jesus was right when he said –

We who live in Australia today, despite our material wealth, participate in that ‘lack of Hope’ environment, indeed in a ‘Dismal land’, a land of grasping materialism, self-centredness, divisive ‘identity politics’ tribalism and soul-shrivelling spiritual poverty. A land where the Christendom-borne blessings of yesteryear are crumbling; a land characterised by fading ‘Hope’ in a sea of anxiety, depression, pharmaceutically induced pseudo ‘happiness’ or, tragically worse, the ‘escape route’ of burgeoning suicide, especially among the young.

“You are not your own. You were bought at a great price”

The only thing that can address the contemporary spiritual poverty and the resulting social degradation is a work of God. It is for this purpose God designed the church, but not the weak and missionally failing church of today, retreating in both presence and influence to the periphery of society as it is. No, what is needed to face the mountainous task of restoring ‘Hope’, and urgently in this dismal crisis, is in fact a new missional entity that can enter, thrive in, and be the agency for, and vehicle of, ‘Hope’ in the ‘Hope-less’ barren lands of, using the Apostle Paul’s words, “those without Hope’” (1 Thessalonians 4:13).

Those who limit their Christianity to sitting in church services and maybe attending a Bible study will not be the agents of the resurrection of ‘Hope’. Rather, that resurrection can only take place when everyone who claims to be Christian becomes an active and intentional agent of ‘Hope’ in this ‘dismal land’. The ‘Hope’ that can only be found in the Name which is in the label Christians use i.e. ‘Christian. Otherwise the label remains just that – a label.

The intentionality called for above requires deliberately seeking to make real ‘Connections’ with the large numbers in society that have no ‘Hope’. Such are not generally found in church buildings or our bible studies. So to be a ‘Hope-bearer’ we need to go to them, as the ‘Unbounded Church’ concept seeks to encourage and facilitate.

God paid the inestimable price of the awful sacrifice of His Son that ‘Hope’ be offered as a free gift to those who are without ‘Hope’. It is important that those who have received that gift remember that-

“You are not your own. You were bought at a great price”

And, in obedience our Saviour’s missional call, become ‘Hope-Bearers’.