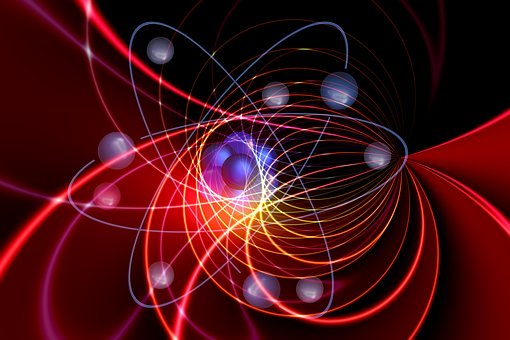 I recently came across an article by Terry McCrann in the Weekend Australian with the title ‘We need new ways of thinking for a new world’ and began with interest to read the first couple of paragraphs which went as follows.

‘The post -virus future, whether or not we get there, is going to be different. It demands new ways of thinking.

There is precious little sign of any of that happening; or indeed, of even the preliminary step; an awareness of the need for fundamental and seminal change, the like of which we’ve never seen before . . .’

I thought what a great summary of how Church thinking needs to change for more fruitful mission in the 21st century. Then of course I realized that McCrann was a financial Guru who was not talking about the mission of the Church at all but the national economy! Nevertheless, the reality is that McCrann has hit on a fundamental Truth in his assessment of a ‘post-virus future’ , a Truth that demands ‘new ways of thinking’ which does apply equally to the Church as it approaches mission. It should be noted however, that this Truth existed long before, and was ignored before, Covid-19!

Tragically, when we search for new thinking in the Church we have also to say that-

‘There is precious little sign of any of that happening; or indeed, of  . . . .  an awareness of the need for fundamental and seminal change.’

The Cultural Entrapment of Christ

One might have hoped that the disruption created by Covid-19 that has forced on-line forms of ‘Church’ might just have caused some Churches to develop a changed Mind-set and seek to envision new platforms for mission other than the chronically failed standard ‘SIC’ (Sunday-Centric, In-Drag, Christendom-Form) local Church model. (See ‘Something Completely Different)

O vain hope! For surveys carried out into what Churches are doing in this on-line season largely indicate that the signs are not good as to any significant change in thinking in regard to what Church is and how mission should be prosecuted. It is not as though demands for new ways of thinking are anything new as is demonstrated by Daryll Guder’s statement of over 20 years ago that.

‘The current predicament of Churches  . . . . . . .
requires more than a mere tinkering with long-assumed notions
about the identity and mission of the Church.’

As I wrote in an earlier post (Reconstructing Humpty), on-line offerings of Churches are very often little more than streamed or pre-recorded versions of what they normally did in pre-Covid-19 times. This strongly indicates that this is what Leaders have in their minds as to what ‘Church is’, and what they assume they will return to when permitted. Sadly, this does not indicate any changed mindset as to what a Church for the 21st century should look like. Yes, some are doing more creative things on Sundays, but they are still generally Sunday-Centric, and remaining Sunday-Centric is one of the major causes of the Church’s longstanding missional malaise, and certainly not a solution.

What we continue to see is a bondage to 20th century cultural forms of Church, a bondage well described by Paul Vincent Donovan when he said-

This cultural-entrapment of Christ, blindingly obvious to anyone with eyes to see, makes the standard Church and much of what it offers culturally inaccessible to most Australians.

Indeed, while there is a limited number of praiseworthy exceptions, the Western Church is frozen in, what is at best, a 20th century, paralysed Mindset that vitiates missional endeavour. All the evidence is that this anachronistic Church culture is one that even the tectonic shock of the Corona Virus has, at least so far, seemingly been unable to break.

A recent report on how Churches are dealing with the Covid-19 Crisis describes mission approaches that are really just cyberized re-runs of long tried and failed strategies. These continue to use phrases like ‘Inviting people to Church’. After many years of looking at a large number of missional strategies that Churches have adopted I have come to the conclusion that if there is one phrase that is the ‘Kiss of Death’ to a mission strategy in our times, it is ‘Inviting people to Church’ (or something like it).

The reason is that such a phrase implies that the strategy aims to get people into Sunday Church, and so is both Sunday-Centric and In-Drag. It will also usually mean inviting people to come to a culturally alien, still basically Christendom form, of service. In other words, it is a continuation of the ‘SIC’ strategy that has failed for over 20 years.

So to Quantum Mission!

Quantum Leap – ‘the movement of an electron from one orbit in an atom to another, sending out or taking on a photon in the process.

This involves the expenditure of energy’

The science of Quantum physics has certain characteristics that are analogous to the rotating kaleidoscope of ever changing ‘Live, work and play’ micro-cultures that comprise the 21st century missional landscape. These characteristics are Whacky-ness, Weirdness and the Certainty of Uncertainty. None of these get much attention in current missional thinking, yet it is quite ridiculous to believe that the current cumbersome, rigid, inflexible, institutionalized ‘Church’ can ever be re-engineered for the journey into the weirdness of Uncertainty that is the future.

In the whirling kaleidoscope of micro-cultures comprising Western society, the chief characteristics are ‘Change’ and the ‘Certainty of Uncertainty’. Such ‘Uncertainty’ cannot be planned for in the traditional sense, because there is insufficient data available as to what the future will look like to make such plans. This issue is nowhere more important than in the development of missional strategies, yet Churches continue to ‘plan’ in the same way as they did in the more certain times of the 20th century.

In fact, what is needed for missional thinking is a ‘Quantum Leap’. This term, also from Quantum physics, describes a situation where there is a sudden change from one energy state to another within an atom. The analogy is that this is exactly what is needed for the mission of the gospel, in that there urgently needs to be an increase in energy level, that is a rapid increase in the resources committed to local mission. But even that, if it is to produce more fruit, simply must be accompanied by a radically new Mindset in regard to how mission is done, a Mindset that will result in the creation of missional vehicles that have an intrinsic capacity to reinvent themselves at intervals to fit future cultural evolutions.

That, what may well be called ‘Quantum Mission’, will be seen as whacky and weird when viewed from the generally still 20th century mindset of those who are currently controlling missional endeavours.

The Quantum Leap required can be illustrated in the following Table. This compares the characteristics of the current missional Paradigm with those of the new Quantum Missional Paradigm for 21st century local mission.

It has been obvious for a very long time that the challenge of our times for the ‘Church’ is nothing less than the ‘re-evangelisation of the West’. This is a challenge that the current standard Church model, with its frozen Mindset that traps the Gospel in a 20th century cultural bondage, has not even a remote possibility of meeting.

The cultural entrapment of Christ will ensure the two parallel catastrophic trends of Church decline and Gospel Desalination (Loss of Gospel SALT in society. Matt 5:13) will continue with disastrous consequences for the millions of the lost, and Western society in general. However one wishes to construct it, the only way out of this bondage is a Quantum-leap to a totally new missional Mind-set and resulting strategies.

The Covid-19 Crisis provided the Church with an opportunity to analyse itself in regard to its lack of missional effectiveness in order to create something different for the purpose of more fruitful local Mission. The something different, that we have called here ‘Quantum Mission’, can only start, to re-apply McCrann’s statement, with-

‘An awareness of the need for fundamental and seminal change,
the like of which we’ve never seen before . . .’

As much as many, even most, will want to return to ‘business as usual’ post Covid-19, the reality is that, like it or not, it is only such a ‘fundamental and seminal change’  that can release the cultural ‘entrapment of Christ’, and create an effective missional movement.