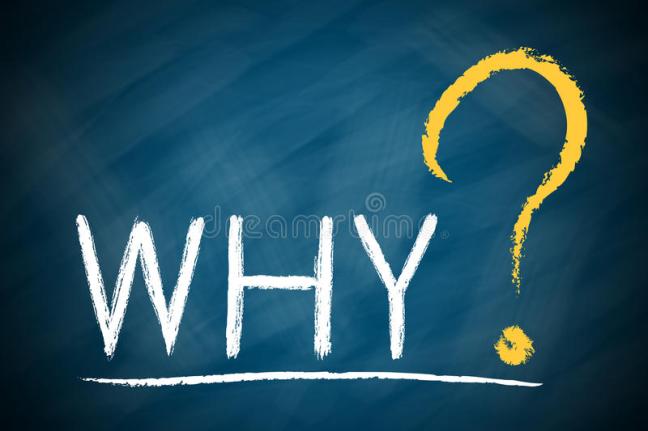 He is 50 years old and is in full blown mid-life crisis. Even with great fame, with great riches, and with a large loving family, life is meaningless. This was Leo Tolstoy. Having written ‘War and Peace’ and ‘Anna Karenina’, he was one of the most celebrated authors in the history of mankind. Yet, Tolstoy found himself immersed in despair.

In his autobiographical book ‘A Confession’, Tolstoy describes the nihilistic (life is empty and meaningless) beliefs that haunted him. Regarding his wealth, celebrity, even his 13 children, Tolstoy heard himself thinking ‘What is the purpose, meaning of these things that will not be extinguished by death?’

He came to a terrible conclusion, ‘The truth was that life is meaningless. I had as it were lived and walked, till I had come to a precipice and saw clearly that there was nothing ahead of me but destruction.’

I was recently reminded of Tolstoy’s questioning anguish when going through some family photo albums that had not seen the light of day for years, in doing so one particularly caught my attention. It was a wedding photo taken somewhere in the early 1950s, showing what appeared to be the main family members of both sides (mostly adults but a few children) clustered round the happy couple.

There was nothing unusual about the photo, there would be tens of thousands of similar ones around the country. However, as I looked at the photo a sobering thought came into my head. All the adults are no longer with us, the sands of their allotted time have all run out. This led me to the question Tolstoy wrestled with, that is ’Why’? Why were they, why are we, why am I on this planet at all? What was the purpose of the lives that had now been extinguished by their death?

Each one had been born, gone to school, learned a trade or a profession, married, had children, bought a house, paid a mortgage, laughed, cried, loved and lost, and then died– but ‘Why’?

As I meditated on this, I was also reminded of the lines of the famous poem by the 17th century English poet John Donne-

‘Send not to know for whom the bell tolls,

It tolls for thee.’

The photo was a sober reminder that eventually the ‘Bell’ will toll for all of us!

As I pondered over those now disappeared faces the photo kept on prodding the question ‘Why’? Why Life at all? Why did they, why do I exist? What is this fragile ‘Mist’, that, as the biblical writer James put it, ‘appears for a little while and then vanishes’, this mere smudge on the canvas of eternity? Does it have any purpose or none?

Of course, there are many options that people will cite in answer to that last question-

One is that there is actually no purpose at all, no larger reason for being here, we are just some cosmic fluke, so the logical response is to just ‘Eat, drink and be merry for tomorrow we die’ (EDM). However, the Covid 19 crisis has for many shown that to be a wobbly foundation to build a life on, because many, for some all, of the ways to ‘eat, drink and be merry’ have been removed – by lock-downs, travel restrictions, entertainment venue closures, and loss of job and income. The EDM basis for life has proved tenuous indeed.

The paralysis of the EDM reason for life has exposed a vacuity in the thinking and priorities of many that is contributing to the significant increase in clinical depression, mental illness, and tragically suicides. EDM as a foundation for life, is exposed as an insecure sinking sand.

A second response to the ‘Why’ question might be considered to have more content, even if it is more like a program disconnected from any programmer. In this our purpose is to be born, grow up, be educated, get a job, be married, have children, pay off a mortgage, retire, get the pension or draw down superannuation, mind grandchildren, play golf, potter in the garden, do the grey nomads drive around Australia tour or other activities in God’s waiting room – as we wait for last grains of sands of time to run out – and then die.

The pursuit of most of those things in the second response to the ‘Why’ question above, in which Tolstoy and millions of others sought or seek to find purpose in life, are not necessarily wrong in themselves, but they do not amount to an ultimate purpose. For any meaning they may have is swept away by our own death.

A third response to consider, one increasingly rejected in western society, is that we just might be meant, even chosen, to be here. As the Apostle Paul wrote to a bunch of Christians a long time ago in what is now Turkey, the reason we exist is actually for ‘His purpose and will’. That is, there is a programmer and there is a program, and it is there that purpose can be found.

Eventually, Tolstoy came to the conclusion that the route out of despair and meaninglessness starts with the-

‘simple consideration of the idea that there is something more significant than the boundaries of your thinking.  This consideration led him to the realization that life’s meaning is found in the proposition that ‘God is Life.

How could I, Tolstoy wondered, ‘walk in the world separate from my Source? He took relief in the certainty that ‘God is that without which one cannot live. To know God and to live is one and the same thing. God is life.”

As I looked at that wedding photo of those for whom the ‘Sands of Time’ have run out, those who have completed their race, those for whom the bell has tolled, Tolstoy’s ‘why do I exist’ question arose. What was the meaning, the purpose of their now expired lives? For some that is a question currently being thrust upon them by the Covid-forced disruption of their, what they previously thought secure, lives and the accompanying ‘Destabilization of Certainty’.

Perhaps, as we consider the big question that Tolstoy wrestled with, in his paradoxical life of great fame and wealth yet clouded with despair, it is a good time to meditate on what is our answer to ‘Why do I exist, what is my purpose?’.

Could it even be that the answer is that I exist for the purpose of the One who meant me to be here? Could it be that I need to seek the ‘Program’ for which the ‘unseen Programmer’ chose me to be here?

The One whom Tolstoy in deepest despair discovered to be Life.