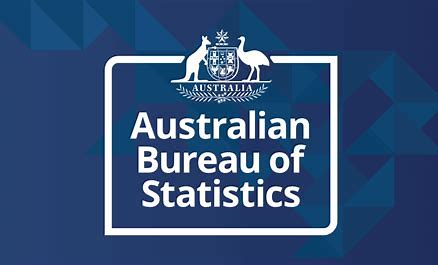 “Something will turn up”

Given the trajectory of the statistics on religious affiliation in Australia for several decades as revealed by the five-yearly ABS national census, it should come as a surprise to no one that the 2021 census results just released reveal yet again another plunge in the number of those who indicate even the faintest affiliation with Christianity. Except for those that is who live in a world like Charles Dickens’ Mr Micawber whose philosophy was that even in the grimmest of situations ‘something will turn up”.

These graphs are based on expressions of ‘Affiliation’ data from the ABS Census 2021 (e.g. ‘My religion is Catholic, Presbyterian, Anglican, Baptist etc) not ‘Attendance’ at church services or any significant involvement in Christian ministry, which surveys indicate is around 7% of the Affiliation figure.

7% of the ‘Affiliation’ figure works out at a significant involvement figure of less than 3% of the population across the country.

The weekly church attendance rate is even less than that 3%, and in the major population centres of Sydney and Melbourne weekly attendance is barely 2%.

The Anglican and Roman Catholic figures are shown because combined they make up the great majority of those ticking the ‘Christian’ box and therefore have the largest influence on the bigger picture.

At the current rate of decline the total number of those claiming to be Christian will effectively be closing on zero within thirty years.

The result of all of that will be the ongoing and rapid reduction in the SALT Index (Matthew 5:13), that is the ratio of the number Christians to the population, in society, with ongoing negative consequences for the society our children and grandchildren will live in.

The above graphs don’t lie. The census data show that the Church is like a stylus in the groove of a long-play record, meandering round in ever diminishing circles and giving every indication of heading towards disappearing down the hole in the middle.

‘How long O Lord’ before we wake up?  and create radically new forms of Church and Missional strategies i.e. ‘Something Completely Different’ for the society of neo-pagans which Australia now is?

While many choose to ignore it, when we are mugged by the census revealed ‘Reality’ of long-term missional failure it doesn’t go away because we don’t like it! It is impossible to see the current ‘Reality’ as anything but a Crisis. Indeed, it is an existential Crisis, to which our response must be to seek a new ‘encounter’ with the God of Mission that will bring a repentance of our idolatries of rituals, forms, buildings, culturally inappropriate mission strategies, and longstanding practices as to how ‘church is done’.

‘How long O Lord’ will those responsible for leading the mission of the Gospel to Australian society keep on ignoring the five-yearly census wake-up call, and continue to live in the world of Wilkins Micawber hoping ‘something will turn up’? It hasn’t and it won’t!

The age-old dictum applies that ‘if you keep on doing what you have been doing you will keep on getting what you have been getting’ and we are! What we have been getting is decades-long missional failure because the standard local church/parish resource-consuming structure, beloved and treasured by many though it may be, is no longer fit for purpose, and has not been for a very long time.