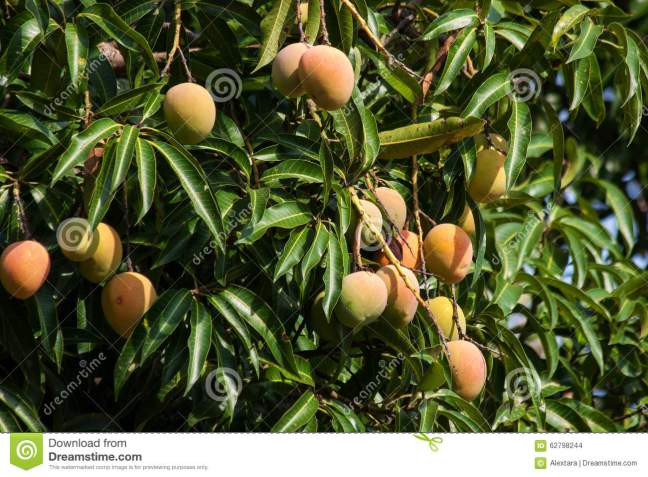 A friend of mine who lives in Darwin at the ‘Top End’ of Australia had in his back yard a very large and beautiful Mango tree, that is until the day he went outside only to find the tree crashed to the ground dead. The problem, one not unfamiliar to those who live in the tropics, was that the tree had been eaten away by white ants (termites). These creatures are insidious in that they do their work secretly and out of view. The white ants had been covertly eating away at the inside of the tree until eventually it had no strength to stand and crashed to the ground.  While the tree had stood there for years slowly getting larger and seeming healthy from the outside, inside it was seriously diseased.  I recount this story because it is somewhat analogous with many churches today and as such it can serve as a parable as to their health.

Most people think the main sign of a healthy church is a sizeable, even growing congregation on Sundays. In such congregations it is not uncommon to hear comments like ‘There’s a good crowd here again today’ or ‘We seem to be getting quite a few new people these days’. However, as they say-

We’ve seen this movie before!

It’s Sunday morning, church is in, quite a crowd. Some upbeat praise songs have been sung, some prayers said. The congregation waits for the sermon. It’s a visiting speaker today, a man from interstate who the authorities have tried to get banned because he tends to rock the boat. He stands and goes to the lectern and after a lengthy and pregnant silence he starts to speak.

“Hear this Word, this lament I have concerning you.

I hate! I despise your religious gatherings;
your church services are a stench to me.

Even though you give money in the offering plate, or on-line,
I will not accept it.
Though you give offerings for special causes and occasions,
I will have no regard for them.

Away with the noise of your praise songs!
I will not listen to the music of your keyboards, drums and guitars.

Then the visiting preacher sits down.

Those of course are the words of God through the prophet Amos (with some modernising 21st century tweaks from me), delivered to the Jews of the northern kingdom of Israel in the 8th century BC (Amos 5:21-24).

Amos makes it quite clear that what God considers to be a healthy ‘church’ can be very different to how congregational members and church leaders might think. In fact, God is not necessarily impressed with ‘Quite a crowd of people here today’ thinking, or great music, slick services or special religious festivals.

So What Does God Want?

The answer to that question is given in one word – ‘Righteousness’ (v.24)

The problem was that Amos’ audience had forgotten that they only existed because God had saved them from slavery in Egypt and that He had formed them into a nation for HIS purpose. This purpose was to draw the pagan nations to Himself and to be His influence in the world, in fact to be agents of God’s righteousness (Jesus called it being Salt- Matthew 5:13). However, they had become afflicted with a spiritual Amnesia as to their reason for existence, a similar affliction to that we see in the western church today.

The reality was that their worship and spiritual life had become seriously infected by the ‘gods’ of the surrounding pagan culture and, while being highly ‘Religious’ in terms of ‘church’ services etc, they had forgotten the primary reason for their existence. Therefore God was not impressed, as is shown by His condemnation with words like ‘I hate and despise’ etc. That is, they were like my friend’s Mango tree, looking great on the outside but with a creeping sickness on the inside.

To be an agent of ‘Righteousness’ is to reflect the nature of God which is to ‘put things Right’, that is to work to make things as God thinks they should be- i.e. working to help and support the poor, the weak, the vulnerable and the needy, and to ‘put things right’ where people have been mistreated, cheated or abused. The lack of concern for such social issues was prevalent in Amos time, particularly among the wealthy and influential members of that society. This is the reason God is not interested in their wonderful ‘church’ services.

Then of course there is the dimension of God’s missionary purpose for the Israelites which was to draw the people of the surrounding pagan nations to Him (Isaiah 2:3). That meant ‘putting things right’ in terms of their relationship with God so that they can become part of, and receive the blessings of His Kingdom. Correspondingly, this is the primary purpose of the church and its members today, to be agents of Gods’ righteousness in bringing people into His Kingdom through proclaiming Christ (Matthew 28:19, 20) so they receive the ‘righteousness’ of God and become part of God’s eternal, blessed Kingdom community.

Contemporary churches, and church leaderships, despite increasing amounts of data pointing to generational missional failure, generally fail to carry out any Critical Analysis of the spiritual health of their congregations. Further, when somebody does carry out such analysis and exposes the diseased inside of the congregational ‘Mango tree’ there is no effective response.

It might be an illuminating exercise to carry out our own ‘Mango tree’ health check on a congregation we are part of. This can be done by chatting to members of the congregation after church, particularly those who have not been coming for very long, and asking if they were attending church before joining your congregation.

If, as analysis of church attendance statistics generally shows, the vast majority of new members of congregations have come from some other church elsewhere, this signifies that any perceived ‘growth’ is actually ‘Transfer’ growth and not Kingdom Growth resulting from disciple making missional activity. This will mean that, even though looking good on the surface with a ‘good’ crowd and smiley faces, the ‘Mango tree’ is probably not so (spiritually) healthy on the inside.

We should be wary of the ‘Mango Tree’ delusion that God is necessarily impressed by a large, even growing, congregation. Amos warns us that God judges by another criterion. That is the degree to which congregational members are engaged in ‘Righteousness-establishing’ that is ‘Putting Right’ activities, and not 2 hours on a Sunday but 24/7. A major component of such activities must be the proclamation to the surrounding community of the ‘Righteousness’ received through Christ.

Perhaps time to carry out our own ‘Mango-Tree’ health check?

2 thoughts on “Amos and the ‘Church is Great Today’ Delusion”