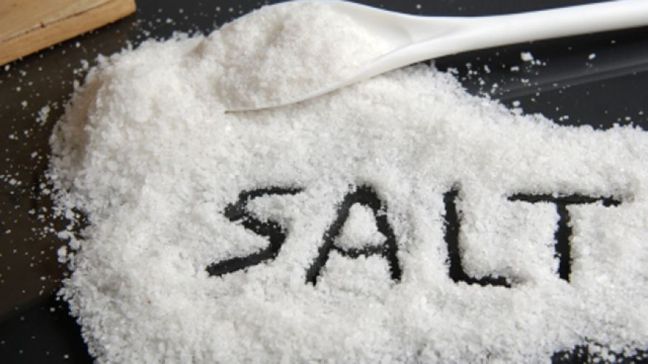 I don’t know whether you have noticed it but there is currently what might be called a ‘Great Salt Crisis’ both in terms of quantity and quality. This is not evident by an unavailability of salt at the supermarket, but rather refers to the use of the term ‘Salt’ by Jesus in Matthew 5:13 as a metaphor for the nature and role of those who claimed to be his followers when he said –

“You are the salt of the earth. But if the salt loses its saltiness, how can it be made salty again? It is no longer good for anything, except to be thrown out and trampled underfoot.

He was using the term Salt in the way it was understood in his time. For his hearers, Salt was a very valuable commodity which was traded for its value as a preservative and anti-corruption agent in food. It also was for a time used as a currency (the word Salary is derived from the word Salt).

Jesus use of the word was as a spiritual metaphor meaning that believers in their daily lives, as agents of the Kingdom of God, were to be like salt in that they were to have an anti-corruption role, working against the corrosive nature of Sin in society in all its manifestations, but also by proclaiming the antidote to the human and society-corrupting ‘Sin Virus’, namely the Gospel of salvation offered in Christ.

But if the salt loses its saltiness . . . . It is no longer good for anything, except to be thrown out and trampled underfoot.

However, today what we now have is not only a reducing ‘Quantity’ of Christian-borne ‘Spiritual Salt’ but also a reduction in its ‘Quality’. Hence, what might be called the ‘Great Salt Crisis’ which has two elements.

Firstly, the gap between the, at best, flat but generally declining trends of aggregate church attendance levels, and the rapid population growth in most places across Australia, especially in the major cities is constantly widening. The result of this is that Christians (the Salt) are increasingly spread more thinly throughout society as year follows year. Thus, the ‘Quantity’ of gospel influence is constantly reduced and the Barbarians are flooding through the gates. Secondly, and worse, according to a 2016 survey less than one in five church members are willing to share their faith with a non-Christian.

Put those two things together and we get the ‘Great Salt Crisis’, characterised by the fact that the ‘Salt’ is both increasingly thin in society and what there is has to a large extent “lost its Saltiness”. Jesus comment on that was that non-salty salt is “not good for anything, except to be thrown out”. Could it be that is how he is looking at the contemporary western church?

>One significant example of the ‘thinning out’ problem that can be cited is that of the largest Anglican Diocese in Australia, the Diocese of Sydney, which on current trends needs to create 2-3 (net) new 50 attendee strong congregations every month just to stand still against a rapidly growing population. Such an achievement is not even remotely possible given current trends and strategies.

I would posit that this can only be described as a Crisis, in fact one potentially developing into an existential Crisis. The only response that can possibly reverse the trends contributing the ‘Great Salt Crisis’, is to create a truly missional strategy of small, lay led, easily multiplied Missional Communities of all forms, shapes and sizes, that form a society-penetrating ‘missional movement’. Alternatively, it is quite feasible that the church will continue it’s now half century long retreat to an irrelevant rump on the ever-expanding periphery of society.

There is a Crisis, a Great Salt Crisis, of both quantitative and qualitative dimensions, resulting from a combination of chronic missional failure and the high proportion of church members who have “lost their saltiness”.>

It is time, indeed long past time, for a Crisis response.