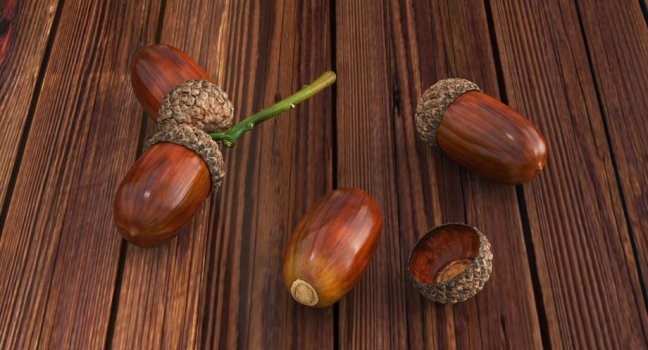 In ‘The Man Who Planted Trees, Jean Giono describes his experiences that flowed from a chance encounter with a Shepherd when he was on a walking holiday in the French Alps. He recounts how after about three days of walking he came to a barren and colourless stretch of land where almost nothing grew and which he described as ‘unparalleled desolation’.

He camped near an old village where there was no sign of life just five ruined houses and a ‘broken down chapel with a crumbling steeple’. He was urgently in need of water but found none in the village and so set off in search, walking for miles but failing to find any. Then he came across the Shepherd with a small flock of sheep who gave him some water and invited him to stay the night.

The Shepherd, whose name was Elzeard Bouffier, told him that there were only a few villages on the mountains. He painted a picture of a dismal land inhabited by charcoal burners, where the living was bad in a climate that is excessively harsh both in winter and in summer, and where the families that were there found no escape from ‘the unceasing conflict of personalities’. There were also ‘epidemics of suicide and frequent cases of insanity, usually homicidal’. Indeed a ‘”Dismal land’.

During the evening Giono watched the Shepherd fetch a small sack from which he poured out a heap of acorns onto the table. From these he selected one hundred perfect acorns.

The next morning the Shepherd invited his overnight guest to go along with him. As they walked the Shepherd told him that he believed that the land was dying for want of trees and he decided to try and do something about it, not only planting tens of thousands of Oak trees but also Beech. He was also considering Birch trees for the valleys because there was some water not far below the surface.

The Shepherd carried for a stick an iron rod as thick as a man’s thumb and about a metre and a half long. As he went he began thrusting his iron rod into the earth, making a hole into each of which he planted an acorn, then refilling the hole.

It turned out that for three years he had been planting tens of thousands of trees in this wilderness, of which to this point about ten thousand oak trees had thrived to grow where nothing had grown before.

The next day, they parted.

The story was interrupted by the outbreak of WW1 in 1914 but when it finished Jean Giono again took the road to what he called ‘the barren lands.’ He described his return in these words-

‘The countryside had not changed. However, beyond the deserted village I glimpsed in the distance a sort of grayish mist that covered the mountain tops like a carpet.’

It transpired that Bouffier was not dead, in fact despite the War he had continued to plant. The ‘grayish mist’ turned out to be a forest of Oaks that were now about ten years old, and measuring eleven kilometres in length and three kilometres at its greatest width.

Giono reflected that all this had sprung from the hands and the soul of this one man, and that it demonstrated that ‘men could be as effectual as God in other realms than that of destruction’.

As they went back toward the village he noticed that water was flowing in brooks that had been dry since the memory of man. Another noticeable thing was that the wind had scattered seeds and as the water reappeared, so there also reappeared willows, rushes, gardens and flowers,

The last time Giono saw Elzeard Bouffier was in June of 1945. He was then eighty-seven. By that time everything was changed in the ’barren lands’. Most amazing of all, Giono describes hearing the sound of water falling into a pool besides which someone had planted a Linden Tree (considered a holy tree in parts of Europe), a tree already in full leaf, ‘the incontestable symbol of resurrection’.

It was a place that bore evidence of the type of labour for which Hope is required. ‘Hope, then, had returned’. Ruins had been cleared away, dilapidated walls torn down and five houses restored. The new houses, freshly plastered, were surrounded by gardens where vegetables and flowers grew in orderly confusion, cabbages and roses, leeks and snapdragons, celery and anemones. ‘Lazarus was out of the tomb’.

On the site of the ruins of 1910 now stood neat farms. The old streams, fed by the rains and snows that the forest conserves, flowed again. On each farm there were groves of maples, a fountain, and pools that overflowed on to carpets of fresh mint.

Elezeard Bouffier died peacefully in 1947 at the hospice in Banon in south eastern France.

Giono’s final reflection on his meeting with Bouffier was that one man, armed only with his own physical and moral resources, was able to cause this land of Canaan to spring from the wasteland, and that seeing-

“the unfailing greatness of spirit and the tenacity of benevolence that it must have taken to achieve this result, I am taken with an immense respect for that old and unlearned peasant who was able to complete a work worthy of God.”

We today live in a ‘Dismal land’, a land of grasping materialism, self-centredness, divisive tribalism and soul-shrivelling spiritual poverty. A land characterised by fading Hope in a sea of anxiety, depression, pharmaceutically induced pseudo ‘happiness’ or, tragically worse, the ‘escape route’ of burgeoning suicide.

The only thing that can address that spiritual poverty and the resulting social degradation is a work of God. It is for this purpose He designed the church, not the weak and missionally failing church of today, rather, what is needed is  ‘Something Completely Different’, in fact a new missional agency that can enter and thrive in the ‘barren lands’ of the lost.

This is an endeavour that requires an army of Missionaries to commit to Elzeard Bouffier-like perseverance to plant hundreds and thousands of spiritual ‘Acorns’, Missional Communities, across this spiritually desiccated and barren land. These will form a forest of ‘Kingdom Outbreaks’, outbreaks of redemption through the demonstration of God’s love in practical service and through the presentation of the Person of Jesus to those who will never otherwise encounter Him.

It must be a Mission that is driven by Hope, the Hope that is only to be found in Christ Jesus and the power of God through His Holy Spirit.

Such an endeavour will truly be ‘a work worthy of God’.