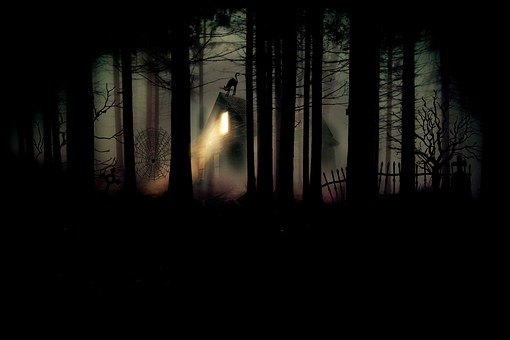 Driving this, what is a modified version of an article posted last year, are a number of recent events that have reinforced a deep concern for the trajectory of society in general and our children, who are being and will be born into it, in particular. They will have to live in the new dark age of a Nietzschian ‘God is dead’ future which is descending.

The concerns expressed below are becoming more evident every day as we see the rise of a ‘Brave New World’ of ‘Ninety Eighty-Four’ toxic intolerance and its politically correct ‘thought police’, the spiritual poisoning of our education system from kindergarten to tertiary institutions, the growth of the ‘death-culture’ whether euthanasia or abortion on-demand, and the perverting of God’s good plan for human relationships, families and the general ordering of human society.

All these are characteristics of what I call the ‘Degradation’, the degrading of society that is producing the decline in the social compact, the previously common understanding of ‘right’ behaviour, and a strong concern to act for the benefit of others and society generally. All those traits are the fruit of Jesus teaching and the Christian world view that permeated citizens’ minds and, often imperfectly, shaped behaviour up until the latter half of the 20th century.

Now in the ‘Degradation’ there are growing traits of selfishness, rudeness, crudity, uncouth behaviour, lack of respect for others and their property (private and public), largely unchallenged loutish behaviour, and ‘Rages’ of all types. Indeed, the epidemic of ‘Rage’ could be considered to be one of the defining characteristics of the ‘Degradation’. Whether it is parents raging at referees or other parents at junior sport or against teachers and school principals, whether it is the rising tide of often violent road rage, ‘checkout’ rage at supermarkets, car park rage etc. The list of ‘it’s all about me (or my child)’ bad behaviours goes on.

In parallel to all this we see the loss of ‘quaint’ notions such as common decency, politeness, courtesy, self-control, concern for others (and their property). Indeed, what on earth are those you might say?

Add to this the ‘Casting down of Truth’ (Daniel 8:12) and its replacement with alleged ‘truths’ which we can choose for ourselves no-matter how intellectually incompatible, mutually damaging and cancerous for society they are.

All this is the inevitable consequence of a creeping myopic trend by the nation as a whole, either with intent or through an ignorant apathy, to reject the biblical faith. That is the Christian faith that mediated the nature of the God that shaped Western culture for centuries and provided the basic Australian moral value system. It is the faith that has been the basis of our world view, our laws and freedoms, as well as much of our national English language.

To plumb this issue more deeply, what is now rejected is actually the very ‘Nature of God’ Himself as revealed in Jesus. It is the Spirit of this Nature that drove the building of hospitals, the creation of agencies such as the Red Cross, St Johns Ambulance, the Barnardo’s children’s homes, the YMCA and YWCA, Mission Australia, St Vincent de Paul, Anglicare, the Salvation Army, the building of schools, the provision of health services and a lot more. It is the Spirit that shaped the ‘Christianized’ nations of Europe which came together to establish the United Nations Human Rights Commission (a fact lost on many). It is the nature of the God from whom emanates sacrificial love, supremely demonstrated on the Cross, the Nature that says-“Love your neighbour as your self”.

In this of course there is an extremely exquisite and awful irony, for this is the very faith which shaped the Australia beloved of the many who are now bent on destroying it.

When the atheist philosopher Friedrich Nietzsche made his famous statement that ‘God is Dead’, he did not mean that there was a God who had died. Rather he meant that the culture-shaping belief in God had died. Paradoxically however, Nietzsche, in contrast to the intellectual blindness of those who want to ‘kill God’ today, also realized that the consequence of ‘God’s death’ was the loss of the Biblical world view that was the foundation of Western Europe, and this would not be a good thing. He expressed this concern when he said-

“When one gives up the Christian faith, one pulls the right to Christian morality out from under one’s feet. This morality is by no means self-evident… Christianity is a system, a whole view of things thought out together. By breaking one main concept out of it, the faith in God, one breaks the whole.”

The belief that the Bible expresses God’s will for the governance of human society and human relationships within that society is such a ‘main concept’, the ignoring of which ‘breaks the whole’. The rejection of the One who is ‘Truth’ which is the trajectory in schools, parliaments, the media and society in general, pulls the right to all aspects of Christian morality from under the nation’s feet, so precipitating a socio-spiritual cultural disintegration and subsequent degradation of Hiroshimic magnitude. This is the future awaiting our children.

The reality is that our, allegedly progressing, Western society is being sucked into a ‘back to the future’ pre-Constantinian universe of the Roman Empire in the first three centuries AD. This was, and once again is becoming, a society where to be Christian is to be the enemy, to be mocked, persecuted, harassed and demonized by the twitterized ‘thought police’, hauled before the star chambers of ‘political correctness’ and for some jailed, used for entertainment and potentially killed.

This progressive rejection of God’s good plan for human society, “The system, a whole view of things thought out together”, is the rejection of the system for which thousands of men and women gave their lives that we might have the society we now have. The result being that our children will have to live their lives amidst the thudding of Nietzsche’s chickens coming home to roost on the landing ground of 21st century culture, a future in which the poet Yeats words sound loudly-

The only antidote to, the only light that can drive away, this Stygian gloom is the ‘Light of the World’, the Christ. To shine that light the beacon God has chosen is the Church. Not the weak, inward looking church of ‘Laodicean lukewarm-ness’ of today that is largely focused on a self-centred comfortable religiosity, where the ‘Dead hand of Apathy’ paralyses congregations (https://wordpress.com/post/unboundedchurch.com/503), and where leadership is largely mute in the Crisis. Not the church where according to a recent survey only 1 in 5 Church members are willing to talk intentionally about their faith which is equivalent to trying to win a war with an army where only 20% of the soldiers are willing to fight! Are we?

No! Not that church, rather the one that Christ died for us to be, a mighty Spirit-empowered army slaying the powers of darkness, and making disciples to the ends of the Earth. For that to be requires radical change into an army that fights.

Our fervent prayer must be, in the gathering spiritual gloom, that God will have mercy on us, and be gracious to us and specifically to our children, and bring about the change to reform the church into the army of Christ that was always God’ purpose.

Of course, in this there is an urgent question for parents. As the ‘Degradation’ deepens are we equipping our children with the spiritual weapons and muscle they will require to stand in the battle to come?